RSS
“He doesn’t act gay enough”- The portrayal of LGBT characters in films. →

The Modern Anti-hero: What IS an anti-hero?

According to the Merriam-Webster online dictionary entry, the definition of an anti-hero is

Antihero- a main character in a book, play, movie, etc., who does not have the usual good qualities that are expected in a hero;

In “Exploring The Dark Side: The Anti-Hero’s Journey”, James Bonnet says,

“Villains become anti-heroes when the story is about them; when we see the process they undergo to become villains.”

However, in modern media and pop culture, it’s easier to see beyond this solid three-part spectrum and allow for a more flexible way of identifying a character in the story.  I would argue that the best way to clearly identify characters is a five-part spectrum:  Hero, Dark Hero, Anti-hero, Sympathetic Villain, and Villain.

Hero: The hero is your clear and true ‘good guy’. I don’t agree with the idea of ‘absolutely heroic traits only’ because unless we’re talking about Jesus or Captain America, almost every hero has his or her flaws. However, a true Hero is the clear and obvious ‘good guy’. Usually this person is the protagonist of the story who swoops in and saves the day.

A good example of the hero in modern media and pop culture: 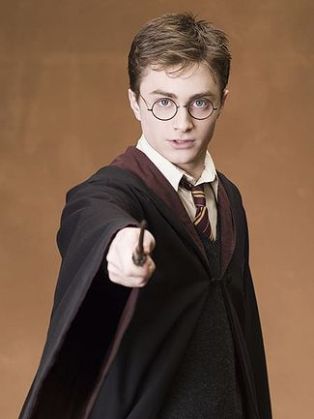 Harry Potter, the eponymous protagonist of J.K. Rowling’s wildly popular Harry Potter series, is a great example of a pure, unadulterated hero. From the very beginning, the reader/viewer (depending on whether you’re talking about the book or the film) knows that Harry Potter is the ‘good guy’. He’s the protagonist who constantly saves the day, saves his friends, and saves the world in general. There are flaws, sure, but they are minor compared to his large heart and refusal to give up. You are left without a single doubt that he is a hero.

Dark Hero: The Dark Hero is one of the gray areas that usually ends up being called an ‘anti-hero’ incorrectly. A dark hero is a character who has flaws of character that make them harder to like. They may even come across as a not very good person only to grow and change into a better person because of the events of the story. The Dark Hero often doesn’t want to be a hero at first but finds himself or herself unable to stand by and not intervene.

A good example of a Dark Hero in modern media and pop culture:

Oliver Queen, the vigilante superhero from the Green Arrow comic series and, most recently (and pictured above) from the CW’s Arrow, is a perfect example of where Dark Hero diverges from ‘anti-hero’. Sticking with Arrow for this example, Oliver Queen begins in his back story as a pretty unlikable character. He’s the type of trust fund kid who is a bad son, a bad boyfriend, a bad brother, and an all around bad person. His story changes when tragedy strikes. He becomes a better person through a series of dark events and terrible situations and he comes out the other side as a vigilante who seeks justice. Many would perceive his former ‘bad guy’ traits combined with his vigilante justice as an anti-hero. Where he diverges from the ‘anti-hero’ spectrum is that his motivations go from ‘right the wrongs of his family’ to ‘save the city’. Like any hero, he sees injustice and wants to fix it. His methods may be rather dark (what with his method of ordering the bad people to ‘fix it or die’ often leaving behind the bodies of the bad guys) but he is still, at the core, a hero saving the day for non-selfish motivations.

Anti-Hero:  The Anti-Hero, when consulting the five-part spectrum of characteristics, is more closely defined than the dictionary definition. An Anti-Hero is, in it’s most simplest form, neither a villain or a hero. The Anti-Hero is selfishly motivated in his ‘heroic’ actions. It isn’t a villain who does ‘evil’ things, but rather a person who does heroic things almost incidentally while doing stuff for only their own gains.

A good example of an Anti-Hero in modern media and pop culture: 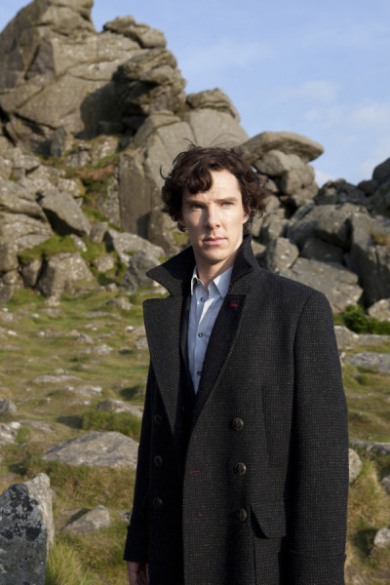 Sherlock Holmes, from Sherlock, is a great example of an Anti-Hero. As a consulting detective, he obviously does ‘good’ things since he helps the police catch criminals. Unlike a hero, though, Sherlock Holmes is a cocky, arrogant, rude character. His main motivation for helping people is to prove that he’s smart enough to do it. He isn’t completely cold and he isn’t a villain, but he doesn’t have any characteristics of a hero. Even when he is self-sacrificing for various reasons, Sherlock Holmes only does so for the people he cares about for his own reasons. An Anti-Hero is almost precisely that: a character who mostly does heroic deeds for selfish reasons. An Anti-Hero often has shining moments of heroism before returning to their selfish state. The emphasis on selfish nature is pretty much what sets apart the Anti-Hero from the Dark Hero.

A good example of a Sympathetic Villain in modern media and pop culture: 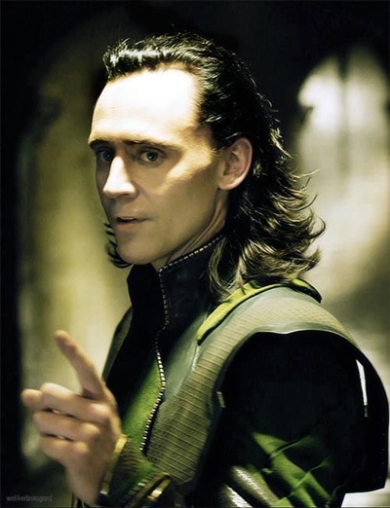 Loki of Asgard, the Marvel character, is a good example of a Sympathetic Villain, especially for a film based on comic books where your villains are usually cold, hard villains. Loki is a Sympathetic Villain because his actions throughout his storyline in Marvel films are able to be understood with a level of empathy from the audience. His original villainous actions are more devious with the intentions of making things right than ‘evil’ until emotional traumas send him overboard. In a later film when he is closer to a ‘pure’ Villain in his actions, it is hinted that he has been tortured to insanity so the audience still feels sorry for him, even though he is the bad guy of the story. The Sympathetic Villain is often used to engage the audience so that they are able to identify and empathize with both sides of the story being presented in an attempt to draw them in and create emotional attachments with the characters. The same way the Dark Hero draws the viewers emotions in, the Sympathetic Villain is responsible for the same thing.

Villain: The Villain is exactly what you think: the bad guy. However, the difference between a Sympathetic Villain and the pure, honest Villain is that the Villain has very few or even NO redeeming qualities. There is nothing to really draw sympathy from the audience. There is nothing to excuse their actions in any manner. The Villain does bad things and has no justification, perceived or realistic, for said actions. In most cases, the Villain is the one character that exists to play antagonist opposite of the ‘good guy’ and will eventually be defeated most of the time.

A good example of a Villain in modern media and pop culture:

Kate Argent from Teen Wolf, while probably less known than many Villains, is a good example of a Villain because she embodies the traits of having no redeeming qualities, earning no sympathy from the audience, and having no real excuses for her actions. Kate Argent’s penchant for torturing her victims, her history of horrific acts (for example, burning down a house with a family with children inside), and multiple references to pedophilia and past statutory rape make her a character so ‘evil’ that she rouses absolutely no sympathy from the audience. Therefore, she is just a Villain. A GOOD villain that audiences love to hate, but still a non-sympathetic villain.

While there are many opinions on what is and isn’t an Anti-Hero, the five-part spectrum of characterization definitely makes it easier to identify what isn’t an Anti-Hero. By following the motivations, it becomes easier to understand where a character falls in this spectrum, and knowing the type of character you are dealing with makes understanding and appreciating their actions and reactions so much easier. When you better understand what motivates the character, what the character’s goal is, what means the character is willing to go to to achieve those goals, and what the outcome of those actions will be you become a more active participant in whatever media you are presented. This in turn makes the experience of these works that much more enjoyable.

And in the end, enjoying the work you’ve immersed yourself in is the whole point.

Posted by J. Chelsea Williford on September 26, 2013 in Uncategorized

“He doesn’t act gay enough”- The portrayal of LGBT characters in films. →

8 responses to “The Modern Anti-hero: What IS an anti-hero?”

Audiobook reviews you care about

Celebrating the Art of Animation

A chest full of wonder

dissecting film, from the grit to the stars

"You're only given a little spark of madness. You mustn't lose it." Robin Williams

Film reviews, news, trailers, and articles written by our diverse team of writers from across the 🌍

Movie Reviews in one sentence (or you know like the whole thing, whatever floats your boat)

... all things movies, trailers and soundtracks.

Exploring the art of film

The purpose of this page is to analyze New Media and develop new thoughts about where it is headed.

Learning new ways to contribute to the media world.